Home » Title Deeds » You are reading » The two lowest property possessory rights in Thailand you should stay away from and this is why it is important to always do a title deed search before buying any property in Thailand. As stated the Nor Sor 1 can be upgraded but still even when upgraded it still cannot be sold. The Sor Kor Nung simply cannot be upgraded at all. The Sor Kor Nung has very little real rights attached to it and it was mainly used for farm land in Thailand. This allows the person to occupy the land and use the land which in these cases tends to be for farming. You cannot sell this land or for that matter lease the land. People do however use the occupation documents to trade the land as the holder will be the holder of the land and this land under the Sor Kor Nung can also be inherited. Again speak to a property lawyer in Thailand as this land cannot be sold officially as you can’t get a mortgage bond on this property or register a usufruct against the land let alone superficies. This would be property you would never want to look at as a foreigner or for that matter a Thai national.

Note: You could upgrade this land before until the laws changed.

The last time the land was upgradeable was in 2010 when the government changed the laws.

Holders of Sor Kor 1 land documents nationwide have been flocking to local Land Department offices. Yesterday was the last day they could apply to upgrade the documents into land title deeds without seeking court approval.  A Sor Kor 1 document shows its holder occupies land in a particular location. Holders of this document have the right to ask for the issuance of a land deed. However, individuals can ask a court to approve an upgrade but this will only be done on a case-by-case basis.

The Land Department says those who failed to seek the upgrade of their Sor Kor 1 documents to land title deeds by yesterday would have to process the upgrading in court. They will have to prove to the court that they occupy the land indicated in their Sor Kor 1 form.The Land Department has been inviting Sor Kor 1 holders to apply for the upgrade of their land documents into land utilisation certificates (Nor Sor 3), or land title deeds, since 2008.

Interesting to see where most of this land is located based on the article from the Bangkok Post. This was the breakdown of the land in 2010.

So as you can see there are still this possessory rights out there in Thailand even after the government came people an option to upgrade the land into a proper title deed. 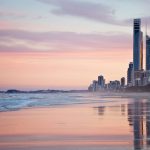 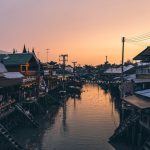