Home » Property Basics » You are reading »

The TM30 is a notification form intended for Thai landlords who provide accommodation to foreign nationals, and that they are required to report their presence to the relevant authorities within 24 hours, as well as every time the foreigner returns to the country from an overseas trip. Besides the owners of accommodation, the TM30 reporting rule also requires foreign nationals in Thailand to report their nightly whereabouts, when they move around the Kingdom away from their primary address within 24 hours.

The TM30 regulation has been around for decades, though it has not been implemented strictly until then. This regulation, which is under Article 37 of the 1979 Immigration Act, is purportedly for boosting the national security. With the increasing threats of terrorism, the Immigration Bureau has encountered cases involving foreign criminals making extended stays in the Kingdom.

Criminality and terrorism are credible concerns which made the bureau decide that it is in the right place to be able to prevent Thailand from becoming a safe place for foreign criminals. However, it also makes it questionable whether the majority of the people caught up with the TM30 issue – including Thai landlords, foreign retirees, foreigners married to Thais and working foreigners constitute danger to the national security of Thailand.

For most foreigners in Thailand, spending one night away from the primary residence, including the hospital, would require them to file a new TM30 Form which has to be submitted within 24 hours. This requirement would result to having expats refrain from travelling around the country, even if they are with their family and friends from overseas.

Long-term expats also had various issues recently as regulations have changed for those under the Retirement Visa. At the aggravation of the implementation of the TM30, a group of foreign nationals in the northeast of Thailand has launched a petition calling for the requirement to be reviewed. Some of the points voiced by the group have gathered serious attention from the authorities, including the fact that Technology has become better nowadays, and having to report an address on paper, or in person, is not the most efficient method and is very counterproductive.

It would have been much better if the whole TM30 fuss were carefully reviewed to make the program “good guy”-friendly. This policy greatly affects the majority of law-abiding foreigners rather than tracking down the foreign criminals and terrorists. Note that if you Thai wife owns the condominium then your Thai wife has to do the reporting. 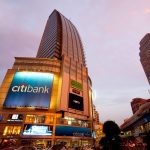 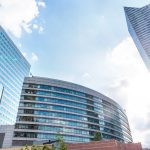